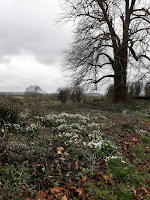 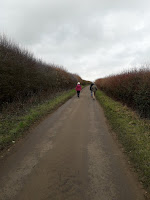 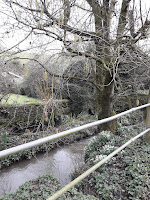 The countryside is soooo noisy!!  We really are in the back of beyond here on the Somerset/Dorset border. (I'm not actually sure where we are, I'm 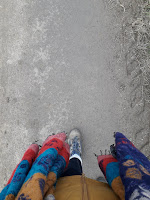 that laid back this weekend that I'm just going with the flow.) We walked for a couple of hours this afternoon and only saw maybe half a dozen cars the whole time. At one point, I saw and heard a train passing in the distance, but other than that the noise was purely natural. I took a moment to stop, listen, breathe and take in the surroundings. There was a flock of crows or rooks in some trees in the distant who were clearly busy preparing for the spring, chattering, squealing, squabbling and nest building. There were fields and fields of wandering sheep, so dopey and oblivious to anything but the grass to graze and actions of their fieldmates, should they choose to copy. The wind was howling through the trees and hedges and filled our ears and lungs with fresh countryside air and manure based whiffs. There were many other birds singing their songs, who I had no way of naming or identifying ,but their melodies filled the undisturbed air so loudly. There was a  gentle chatter and murmur of occasional conversation and observations made by family members who were equally as comfortable to walk in companionable silence. Our boots beat on the muddy and grass lined country lane, occasionally splashing in a puddle, but rhythmically pounding as we strolled along. Other than that, the walk was silent and peaceful! Not an artificial, mechanical or computerised sound to be heard. 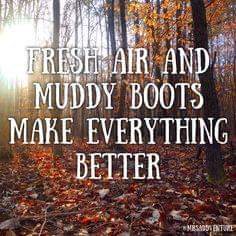 There's something so therapeutic about a ramble in the countryside over stiles, through muddy puddles, past farms and animals, around seemingly never ending curving lanes and amongst the sounds of nature. To be surrounded by reminders of the tiny part that our lives take up in the grand scheme of space and history can be immensely humbling. Pull on your walking boots and get outside… Now!