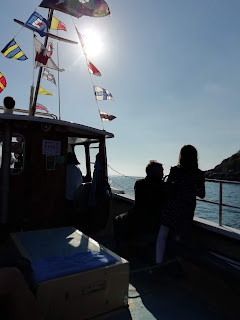 One of the highlights of our trip to Cornwall in October, was a little cruise that we took with  Cormorant Cruising Boat Trips.   Mike makes daily, 1 hour trips in his beautifully kept traditional cruising boat, where you can sit back, take in the view of the coast and trust that you're in good hands. The trips leave from both Mousehole and Newlyn Harbours at the end of the quay and the times change along with the tides. 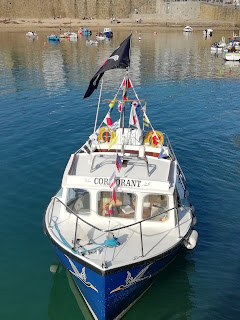 I have to confess to a anxious niggle that I would be sea sick, which would be so embarrassing on such a small and intimate boat, but I was fine and was soon distracted by the spectacular view. Mike gave an amusing and interesting commentary of the villages and landmarks that we passed along the coast and the children and adults alike had fun looking out. Binoculars were supplied for wildlife and landmark spotting, which kept everyone entertained throughout. 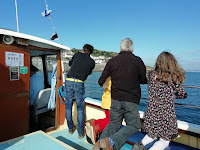 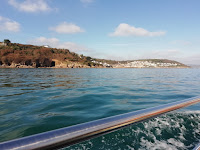 However, the ultimate highlight of the trip for 'the boy', had to be when he as allowed to take the helm! As there were no other volunteers, he got to play 'Captain of the Ship' for at least 10 minutes, steering us through waves and zigzagging as much as possible. He made the most of his captive audience to share his curiosity and ask as many questions as he could in his allotted captain slot and I'm grateful to Mike for humouring his inquisitiveness. 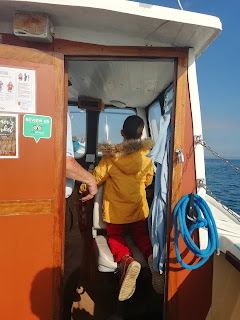 Being the animal lover that she is, 'the girl's favourite moment of the trip was seal spotting around Mousehole  Island, although I'm not sure that I was quite as successful at capturing them on camera. It was a real treat to see these majestic creatures living and going about their business in their natural habitat. 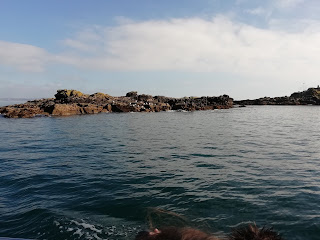 As we arrived back in Mousehole harbour, with relief that nobody vomited or fell overboard, we were treated with a perfect moment to capture the gorgeous Pender Cottage, where we were staying, on camera from a unique perspective. (It's the smallest grey building between two the two bigger grey cottages. Smack bang in the middle of the row) 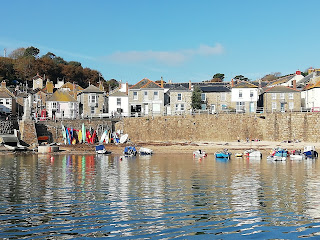 If you find yourself navigating Mousehole's teeny tiny lanes at just the right time and tide and you have an hour to spare, absolutely jump aboard the Cormorant and you'll be in for a treat. 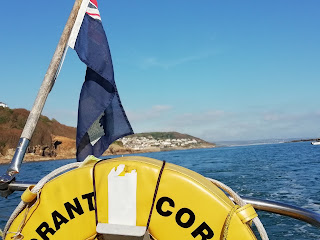