The Girl's project to raise money for the RSPA 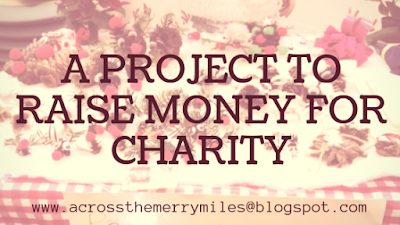 I've spoken before about my little 'eco-warrior' 9 year old who truly believes, and will argue vehemently, that animals deserve the same rights and respect as humans. She reads the RSPCA children's magazine from cover to cover and has sent them letters and pictures several times. She is also obsessed with the CBBC programme 'Pets Factor', which is a documentary programme about vets. I can totally see her spending her teens volunteering at the local animal shelter and I have no doubt that she will somehow end up changing the world for animals in the future. She seems to attract animals, like some kind of Dr Dolittle character and we can't walk more than a few hundred yards before another wagging tailed dog will come up for a sniff and stroke. 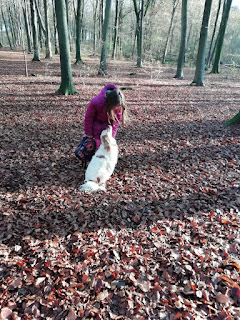 Without any prompts or suggestions, she decided a few weeks ago that she would like to make some Christmas decorations and sell them at the school Christmas fayre to raise some funds for the RSPCA.

Now as passionate as she is about animals, there are times when she can be really quite shy about talking to adults in particular. However, this project has meant that she had to ask the head teacher and PTA for permission, which thank goodness they agreed to.
She then started designing a variety of decorations using bits and bobs around the house and pinched all the random pinecones that we had hanging about. It was quickly clear that we would need to find some more resources, so off to the woods we went.

We often visit Micheldever Woods near Winchester, Hampshire, as it's a nostalgic memory jogger of my husband's Grandmother who loved it there. It's stunning when the bluebells are out and I would highly recommend a visit in March. It is also the site of an iron age farm, so there's a little history to learn if you like, whilst you mosey about in the trees. 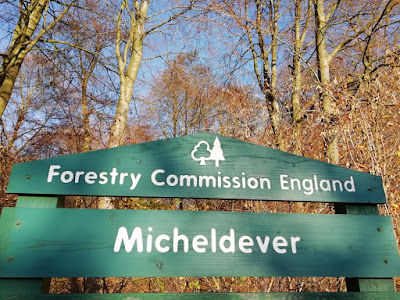 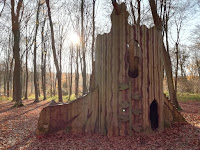 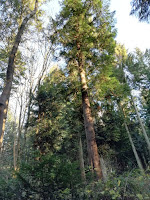 Once we'd collected a good stash of pinecones, beech nuts and yew branches, lugged them around our walk and finally got them home, she got to work on creating all sorts of reindeers, angels and mini wreaths. There was only a couple of burnt fingers from the glue gun and arguments over whether the Boy could help or not. 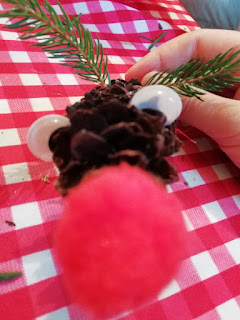 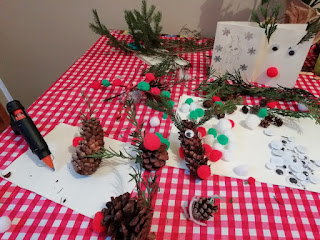 On the day of the Christmas Fayre, I've never been more proud of the way she displayed her wares independently, greeted customers, took money and worked out the change and pennies. She made a total of £30 selling pinecones, and beech nuts stuck with pompoms and googlie eyes that we had hanging around the craft cupboard. The cookies also sold well, especially when her class friends wandered around the school selling them directly from the tray. Watching her glow with the praise she got from her teachers and the other parents made it all worthwhile. 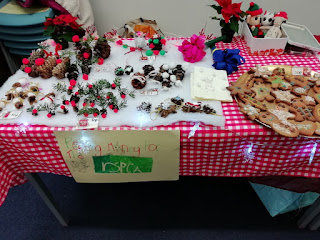 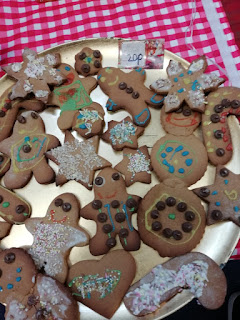 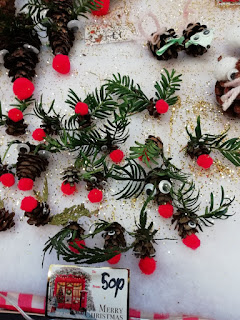 The next step in the project is to visit our local RSPA shelter to deliver the money and visit the animals. Her teacher has asked if she'd like to share her project and the final amount that she raised with the school in 'sharing assembly', but she isn't quite sure whether she wants to stand up in front of everybody yet.


I'm looking forward to seeing what my little eco-warrior, animal activist comes up with next!
Posted by Mary Miles at 15:36