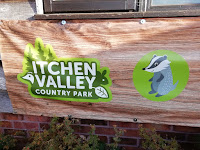 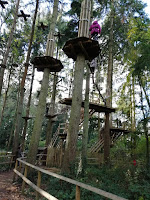 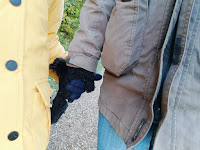 My little boy is not so little now, he's nearly 8! But every now and again, he reminds me how little he is and I feel a little hand slip into mine when we're all alone.

Recently, we had to deliver the girl for a birthday party at 'Go Ape', so whilst she swung through the trees with her friends, my 'little boy' and I had a little wander around Itchen Valley Country Park.

We used to come here a lot in our early years, when we had whole weekdays to kill and managing little ones was so much easier in the fresh air. The nostalgia hit me as we made our way through the play trail and I saw the structures that he used to need coaching and spotting on had somehow become too easy and babyish. There are new play structures on the trail now and they've cleared whole areas of trees, which now look kind of bare, but I was reassured it's a rolling programme of forest management. There is a new story telling chair hidden amongst the trees now and we spent a while spinning yarns and fantasising about tales of piskies (Cornish pixies) and small people, which followed us throughout our walk. 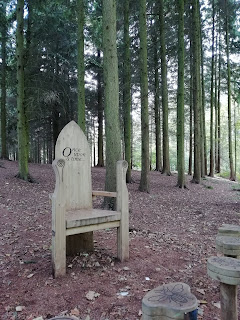 There are lots more spaces and opportunities for den building too. many of which are half built by others and ready for the next explorer to come along and add to or destroy, depending on their mood. I love the way all the children work together to build them, without even knowing. There is something really exciting about coming across a half built den in the woods and crawling in to explore, knowing nothing about the person before who made it, but guessing from the little clues they left behind. 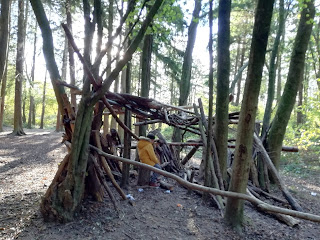 Whilst we stopped at the visitor centre to have a peak around the new café, buy a sneaky ice cream and ask about the rapidly depleting amount of trees, we noticed the amazing new play area for under 6's. We really wanted to go in and play, but unfortunately we were just too big (cue another tug at my 'children growing too fast heart strings'). We took a few photos though and would definitely recommend it to any families with littlies. 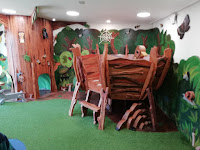 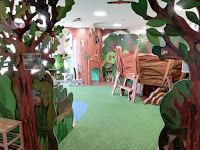 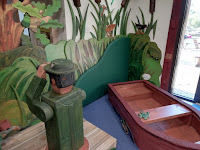 All in all, it was great to re-visit a spot which we'd spent so much time enjoying in the past and we re-lived some of our happy early years memories. Although the park has had some considerable additions over the last couple of years, we felt they added to the natural, child-led play ethos of the country park. It was also a genuine pleasure to spend 1:1 time with the boy doing something we both love, a gentle reminder, I guess, to do that more. And of course, we had to try out some of the younger children's activities, just to get a photo and evidence they're fun...….. 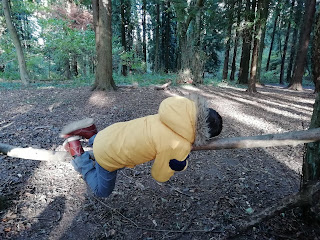 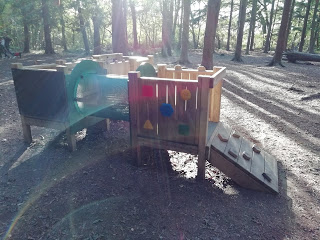 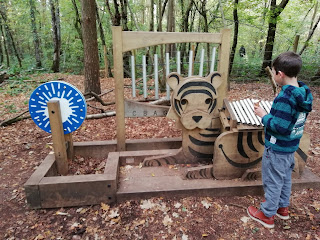